January at a Glimpse

It's been only a month since the beginning of 2017, yet this year has already been full of excitement and big changes for us. Here's a little update on the first month of 2017,

After listing our house for sale just a couple of days before Christmas, we came across our current home. I actually found it on Christmas day. After receiving a few offers on our house, we finally went under contract within 2 weeks of listing it. Once we were under contract on our home, we put in an offer on the new home. Then came the headache of negotiating. Finally, we sold our home and bought the new one just a month after going on the market. It all happened so fast but there was so much headache involved. A few times we were sure that we wouldn't get the new home. We even made offers on other homes. But this was the house we really liked. Although it would need some TLC, we saw the potential it could have, and more importantly, we saw our family growing in this home. Sure, it didn't have everything we wanted in our "dream" home, but it had so much of what we had talked about wanting in our permanent home, and what it lacked was not a big deal. 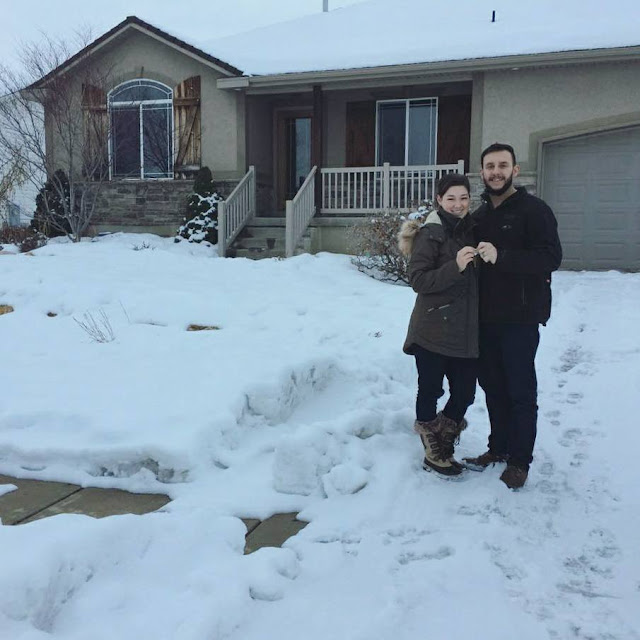 God is good. Not only in the fact that He gave us the home we really liked, but in the fact that He truly helped our faith in Him grow during this time. I remember one evening thinking that I was truly ok if we didn't end up getting this home. Up until then, I was really hoping that everything would go through and I even prayed that God would allow us to close on this specific house. But that evening, something changed. I felt at peace knowing that even if we don't get the house, God is still in charge of my life, and He knows what's better for me. It's funny how our minds work isn't it? God's helpful hand has clearly been evident in our lives multiple times prior to this, yet I still thought that what I wanted was better than what God had in store. After that evening, I knew I would be ok even if we ended up getting a different home. I truly trusted God.
So now that the headache of selling and buying is behind us, we move on to renovating. One of the things that we will be changing in the new home is the floors. Since we have 3 little kiddos, we decided it would be easier to live with my parents while we upgrade the home.


This past month our youngest, Ezekiel turned 6 months. 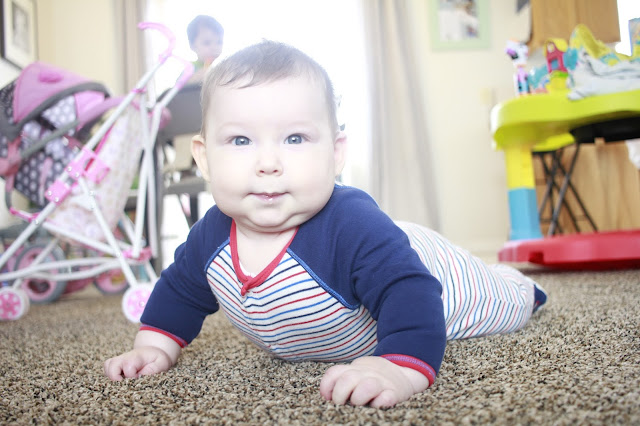 He is half way to being a 1-year-old. This is a pretty big deal to me, even if it doesn't seem that important to most. Most of you know that I have two other children, a 3-year-old and a 22-month-old. It has been a difficult 6 months. Babies adjust and demand SO much during their first few years of life, but it seems like the first 6 months they demand the most. Sometimes they have multiple blow outs in one day. I've had days where I'm sure I changed 7 or 8 poopy diapers. How much their eat constantly changes since they are growing. There were days where 90% of my day was nursing the little one. The other 10% was feeding the other 2 h ha ha. Newborns also don't have any set schedule. They sleep randomly for different lengths of time. It's difficult to get anything done when you can't predict how your day will go. Now that he is 6 months, we can introduce solids, he is on a routine for naps and bedtime, and he is so interested in the things around him that it's easy to just lay him down with some toys and get stuff done around the home.
He finally cut his front top 2 teeth also, so he is less fussy. Those were so difficult on him.


Another big event was the 3rd birthday of our oldest son. 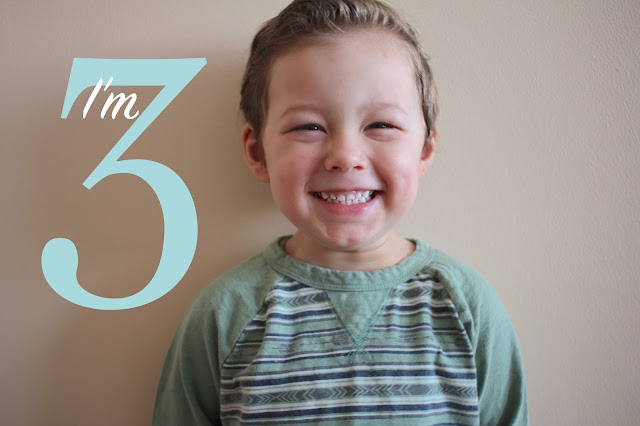 It was so fun to see him excited for candles and cake leading up to his birthday (= He would constantly tell me about wanting to go and buy candles haha. He has been a big blessing to us. Through him, God has taught us patience and self-sacrifice (and we are STILL learning daily). Although Gabe is a fairly easy kiddo, as human beings, it's hard to constantly put someone else first without getting anything in return. But that's the life God has called us Christians to and it happens to be a family life for us.

January has been very eventful for us. I'm ready for warmer days though (=
Posted by Unknown at 8:49 AM