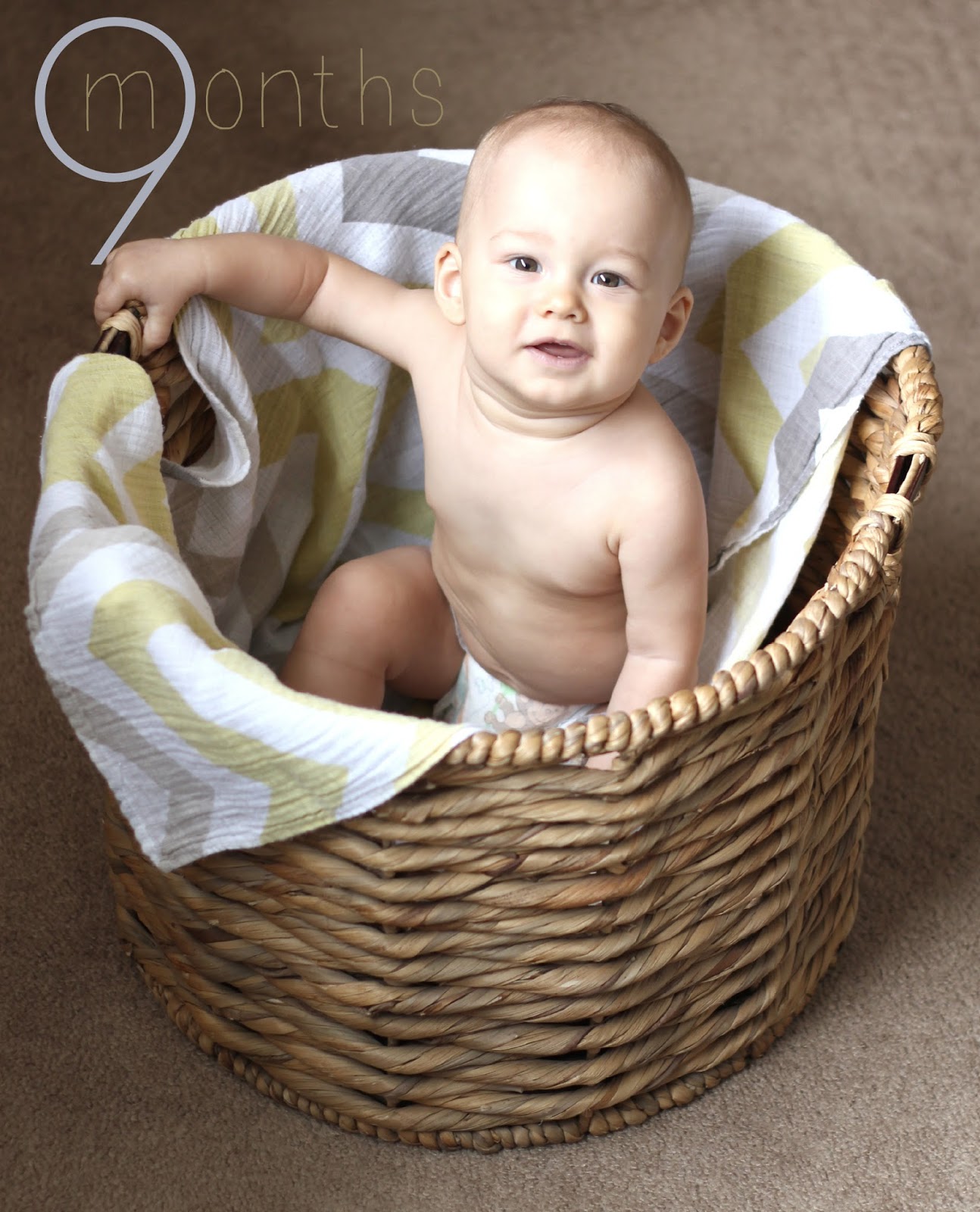 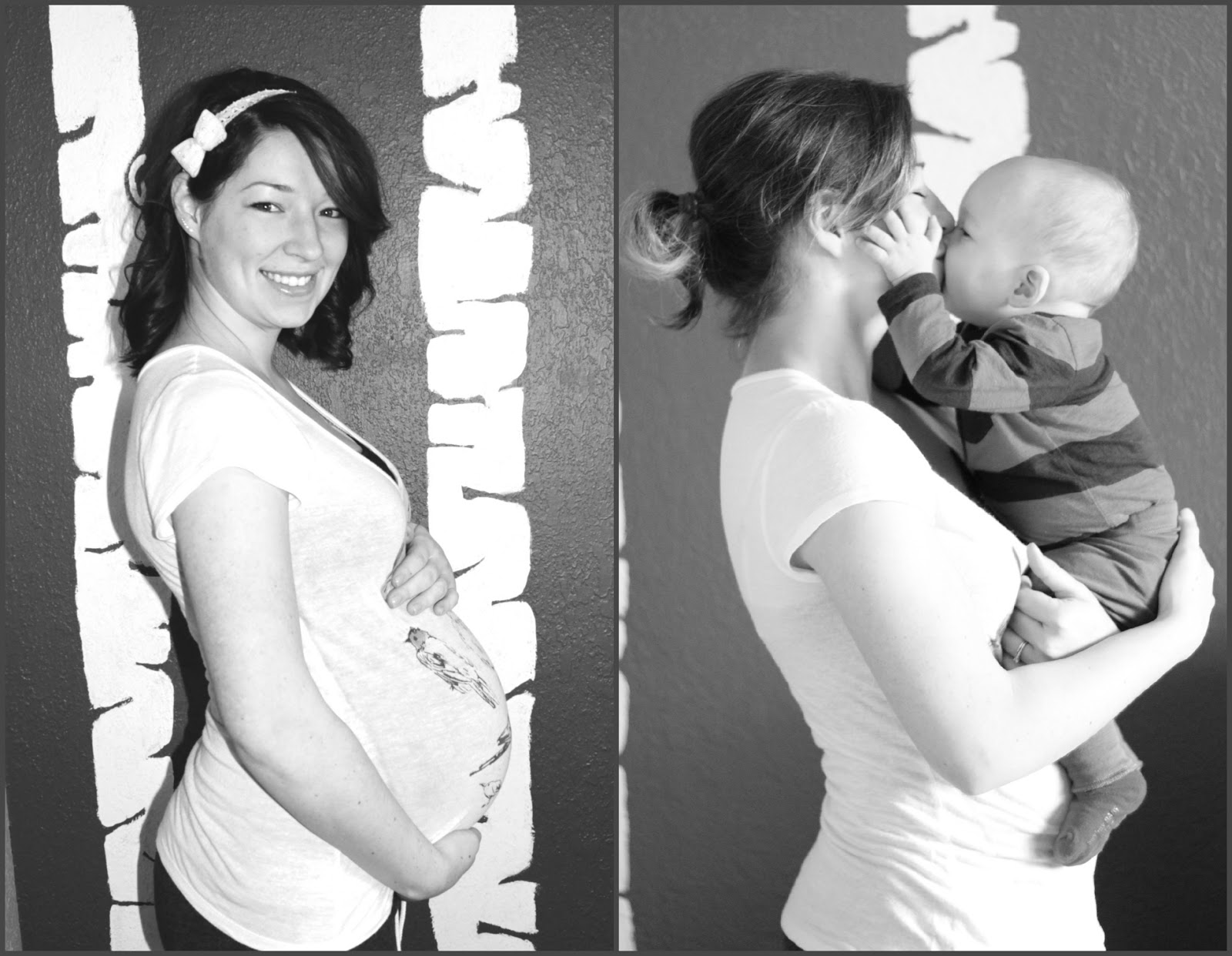 I can't believe our first-born son has been outside of the womb for as long as it took him to cook inside. I feel like this month will be some big milestone for us. Becoming parents was a BIG change for both David and I. There are a lot of things we can't do anymore because we have a baby, but he is worth those sacrifices. Being parents is one of the biggest blessings we are able to experience.

Here's some updates on Gabriel...

Weight:  18.2 lbs
Height:  28" tall
Wears clothing size: 9M, 9-12M
Teeth: 5 (2 on the bottom, and 3 on top)
Hair: Light brown/blonde
Sitting independently:  Yes
Crawling:  Yes
Walking:  Only when held up by his arms, but not very good
Talking:  He say's "papa" but doesn't know what it means. other then that he just mumbles nonsense
Solids:  Yes, purees and some finger foods.
Sleeping:  Through the night, and on good days we have 2+ hour naps.

Some other random details:

Gabriel already has a little bit of a character, and it's so much fun to see it. We've noticed that when he is upset he has learned how to "fake cry" and often does this when we need to change him but he would rather crawl around naked. He has a "sad face" that he shows us. It amazes me that even thought no one taught him that, he has learned it and tries to sway us with it. We've already incorporated the word "nelzya" into his life. The word translates to "must not". We use it only on a few things that he isn't allowed to touch (like electrical cords).
I started "potty training" him at an early age. Maybe it was the fact that he was my first child and I was so eager to experience every milestone of being a parent. I'm really glad I started early though. We rarely have a poopy diaper anymore, and I'm pretty happy about that.
It seems that he is starting to remember faces that he sees often, like family. When he sees a certain family face in public he acts as if he knows them and tends to smile more than if he is seeing someone new. 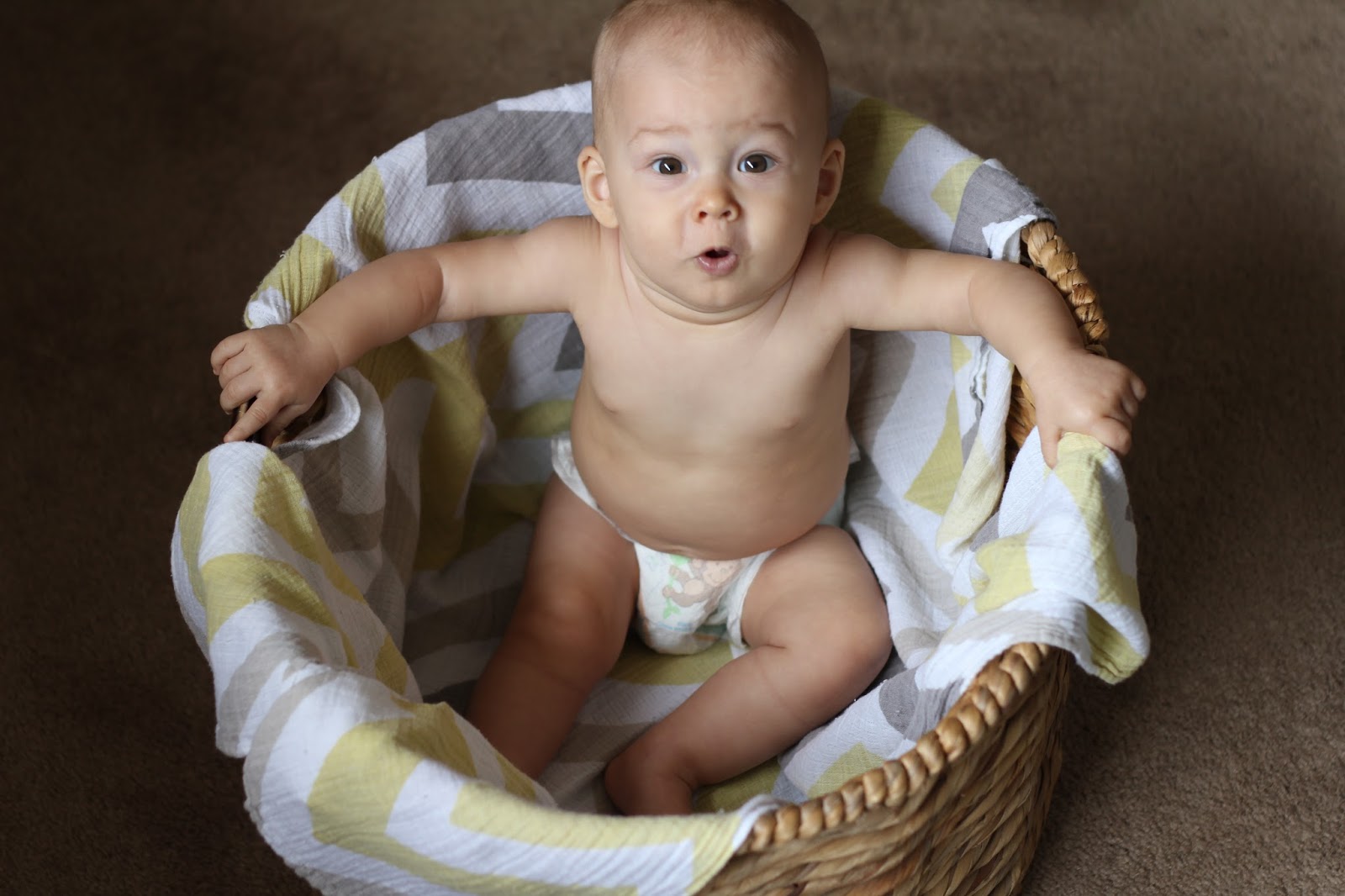 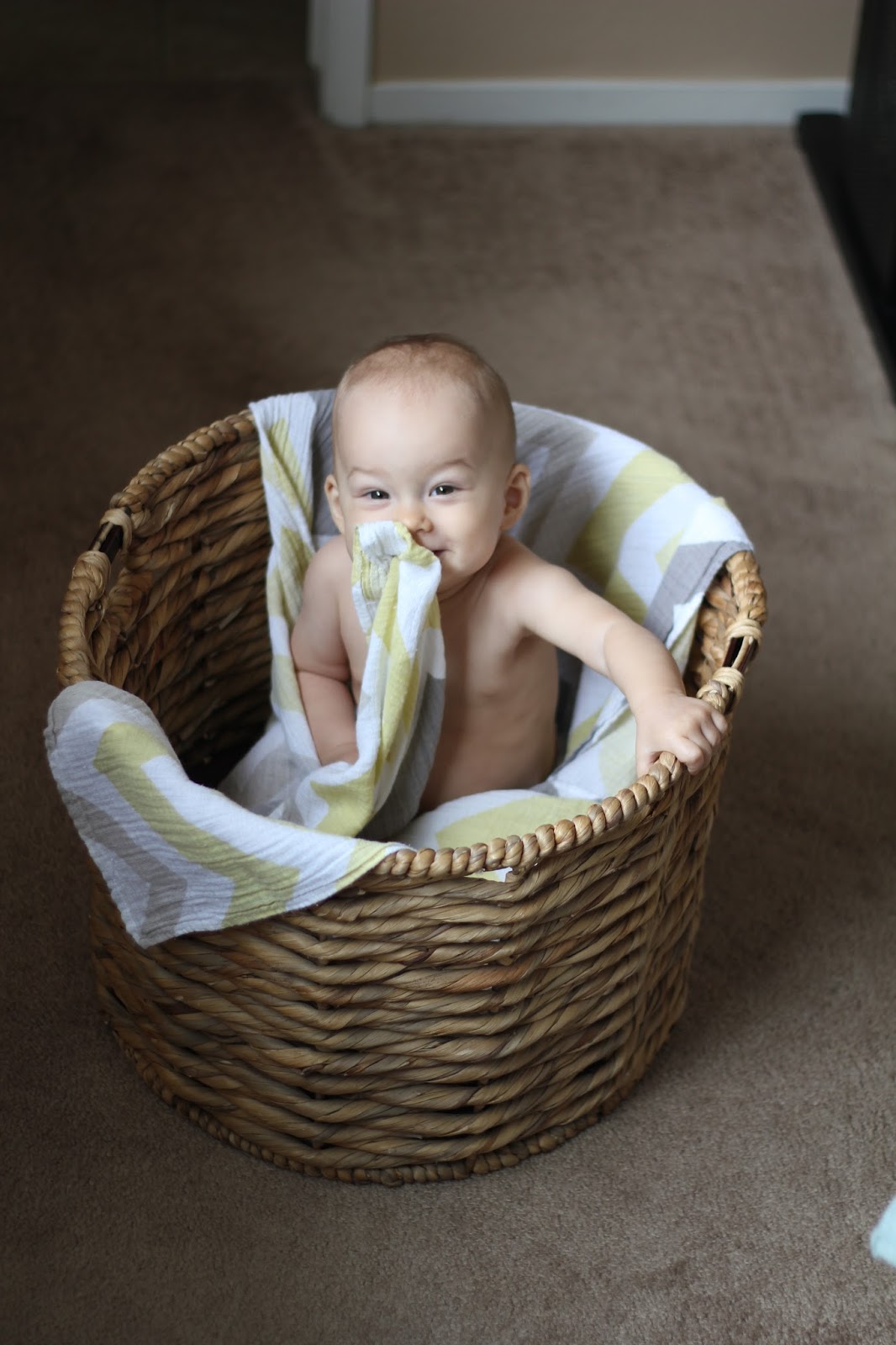 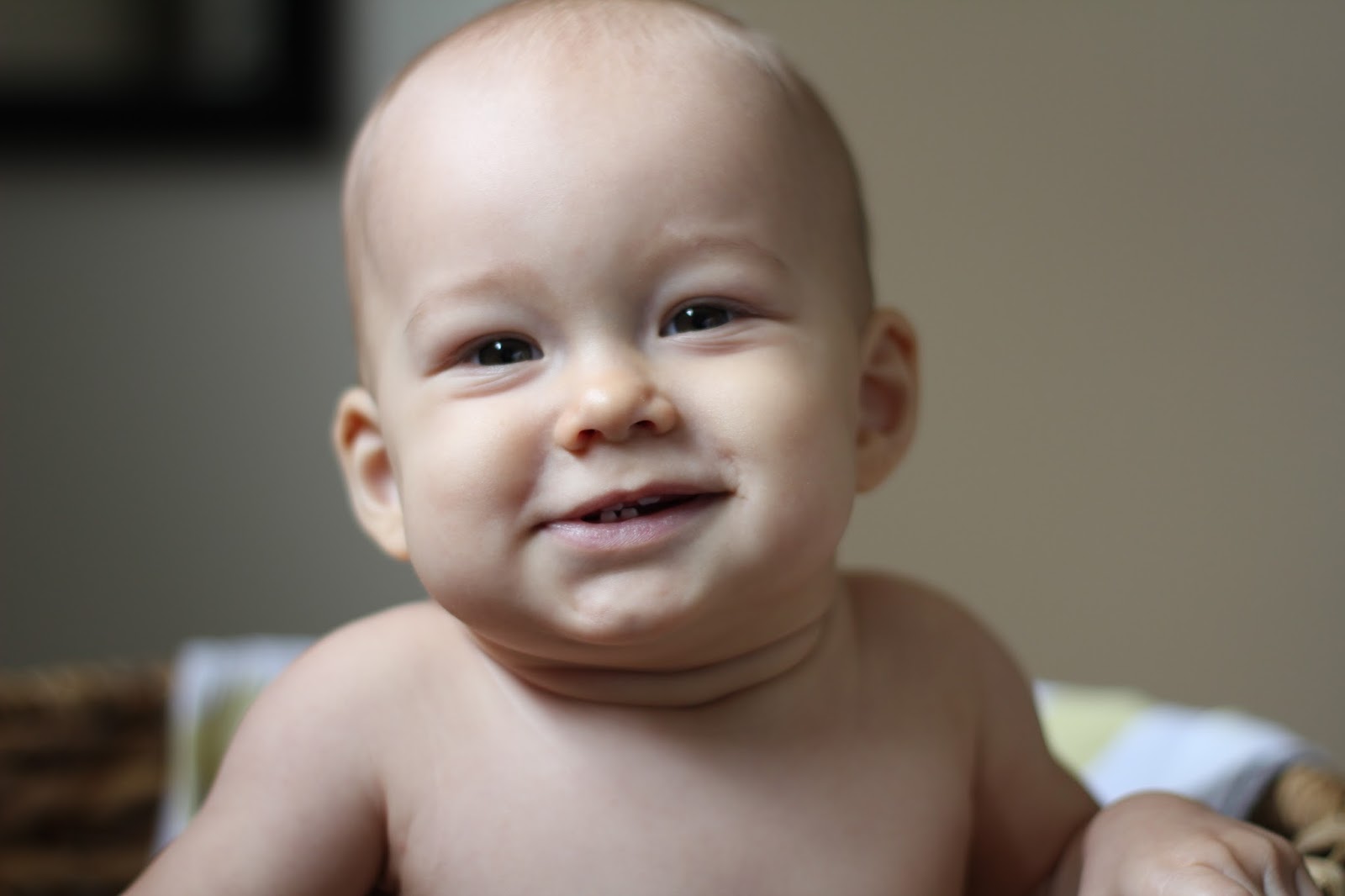 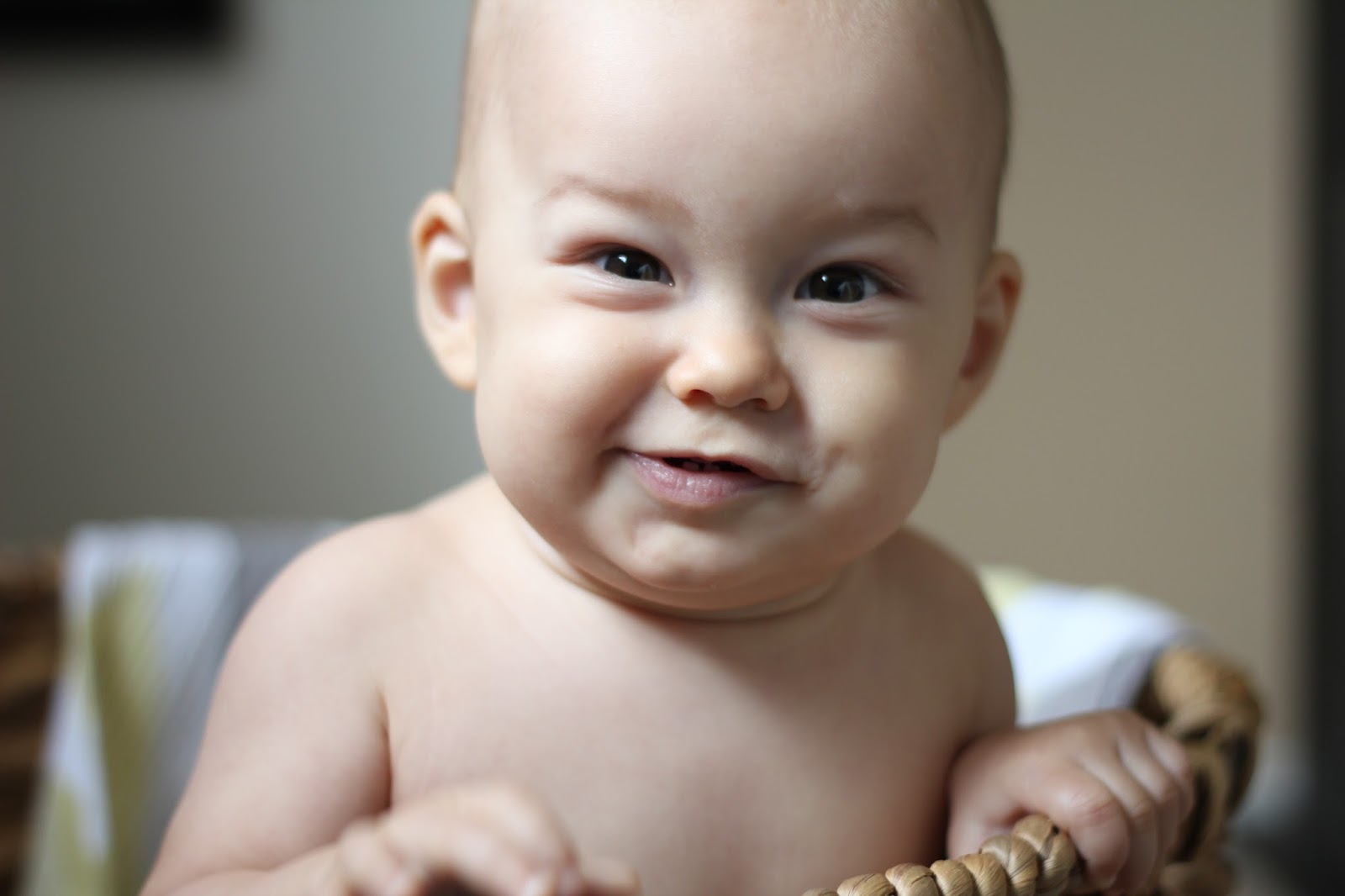 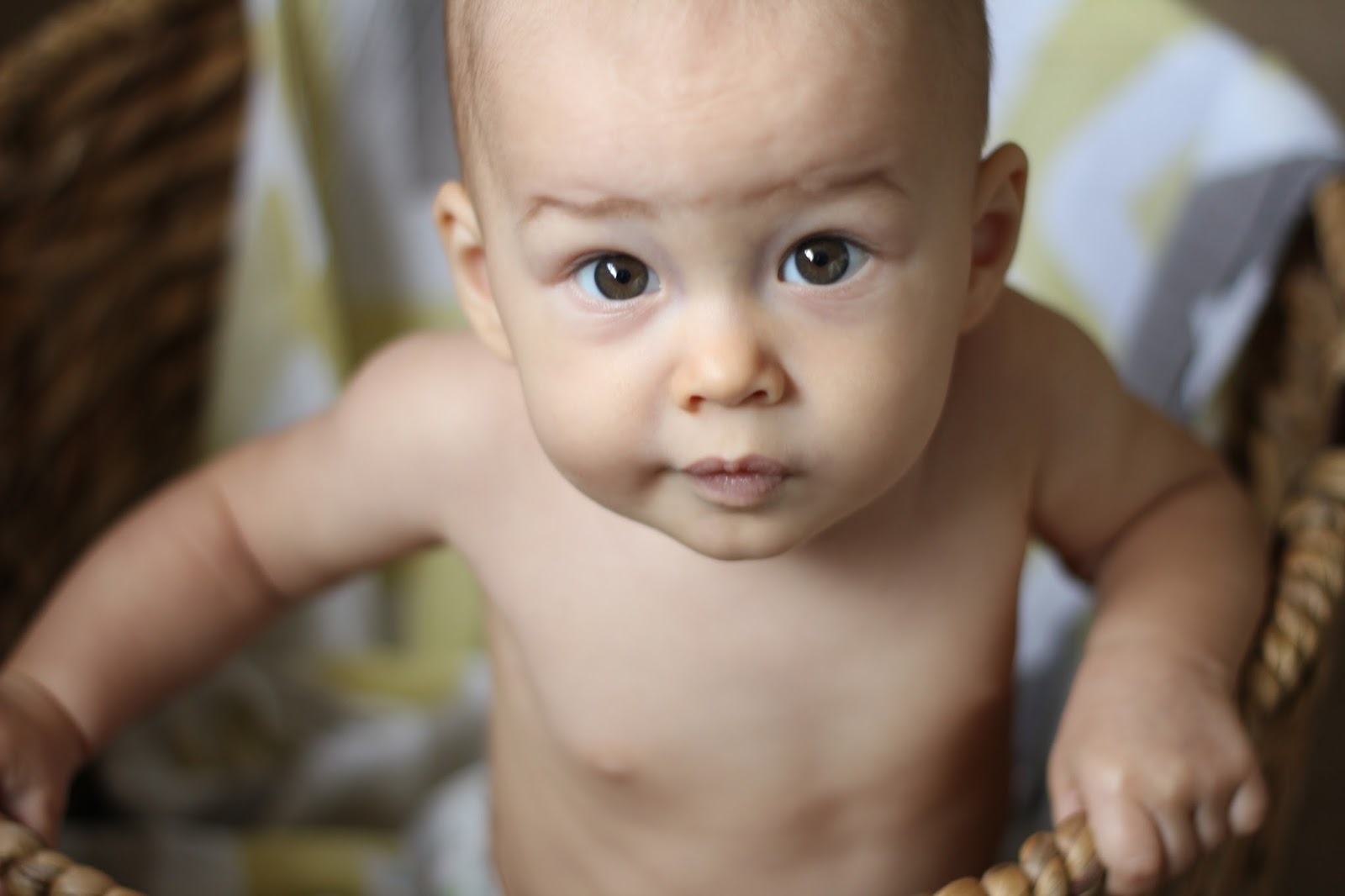 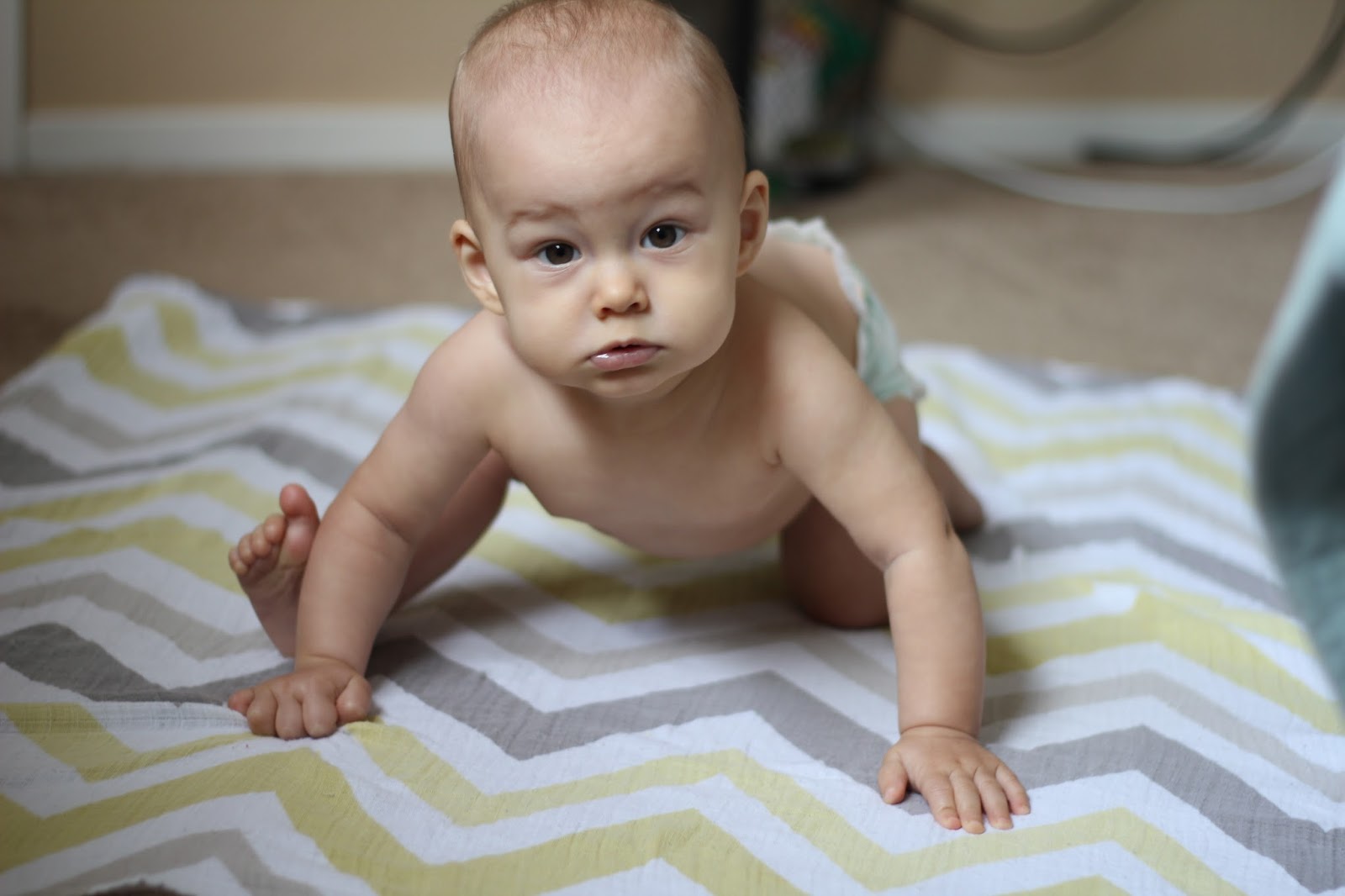 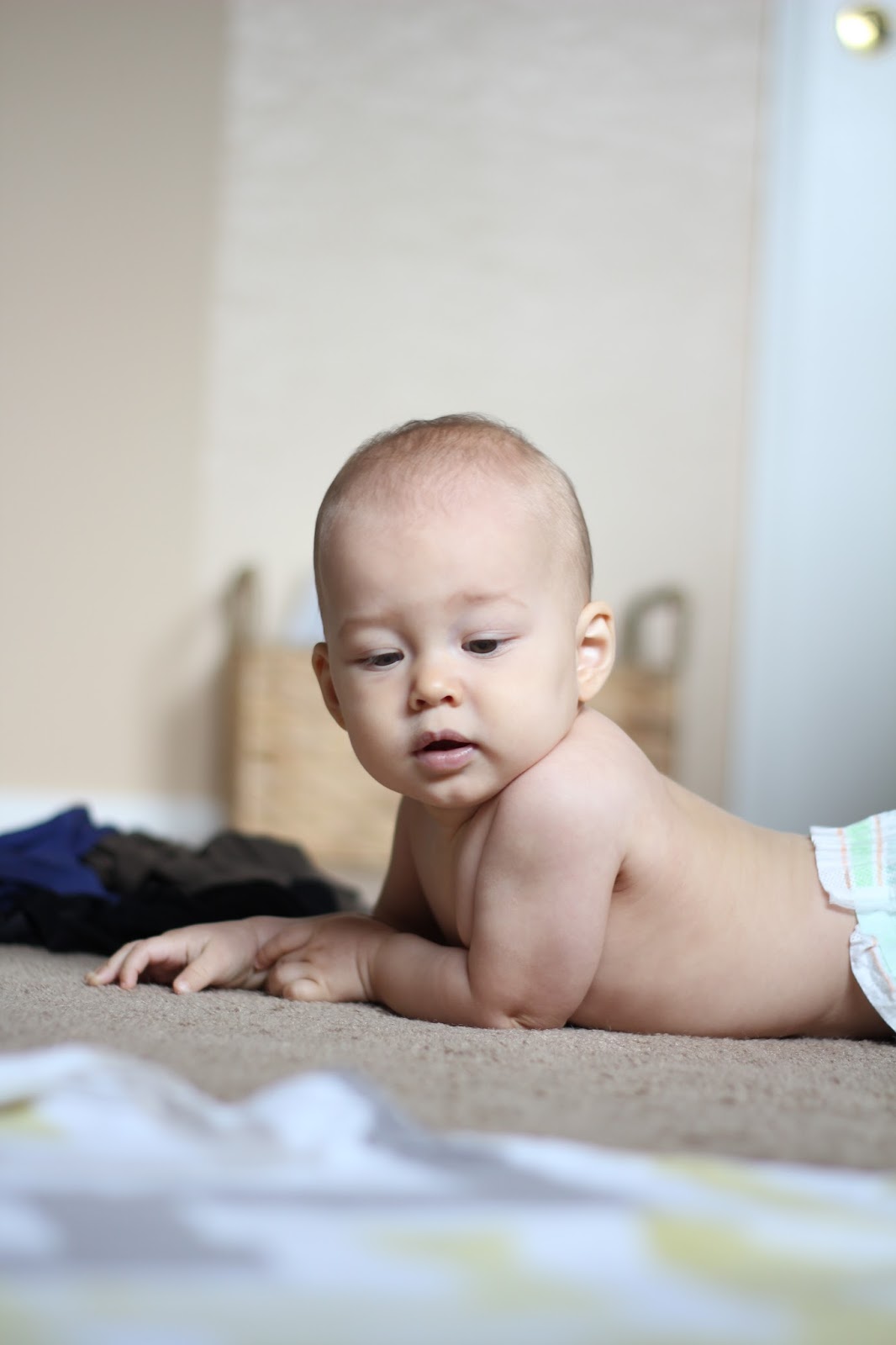 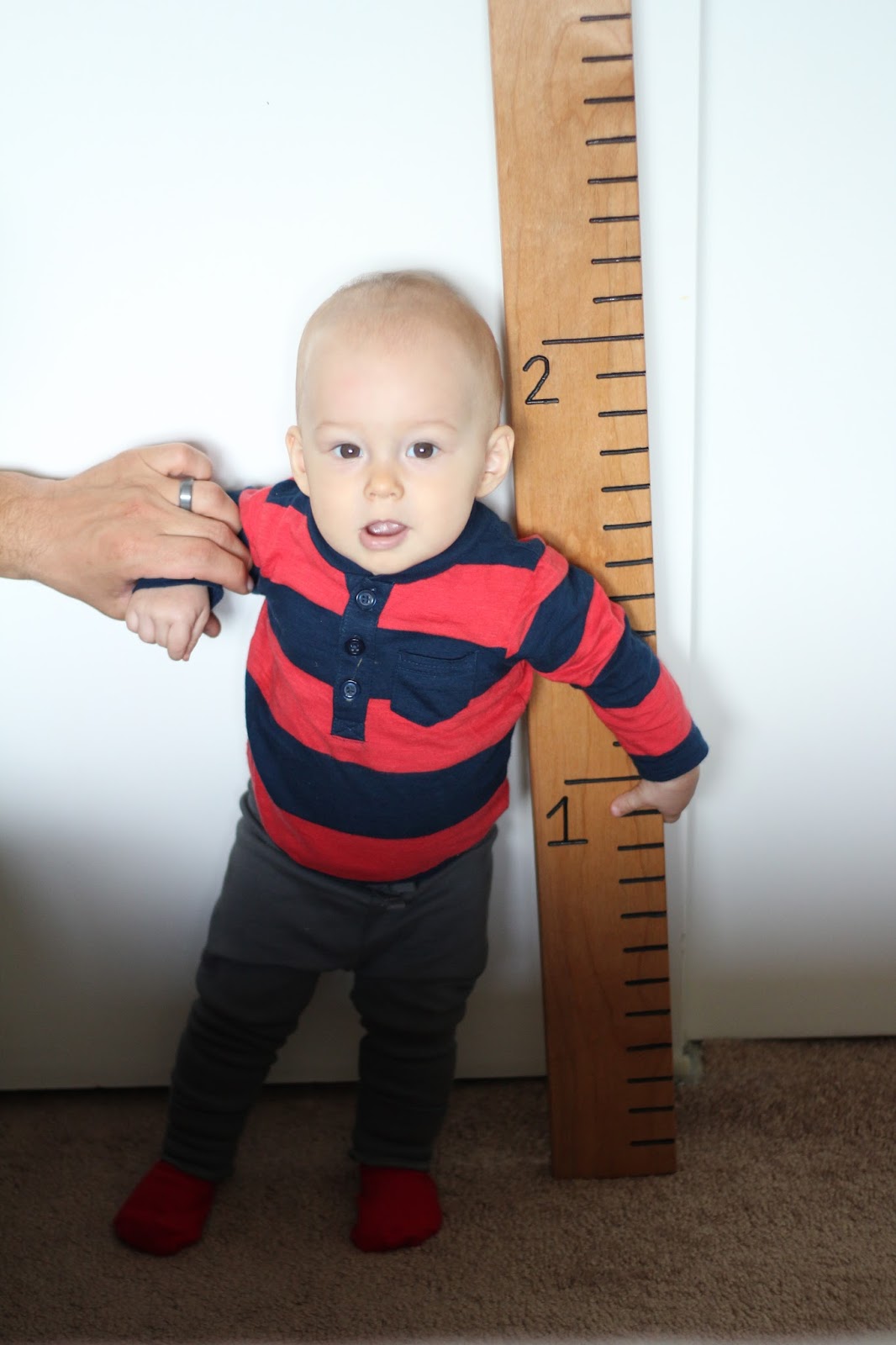 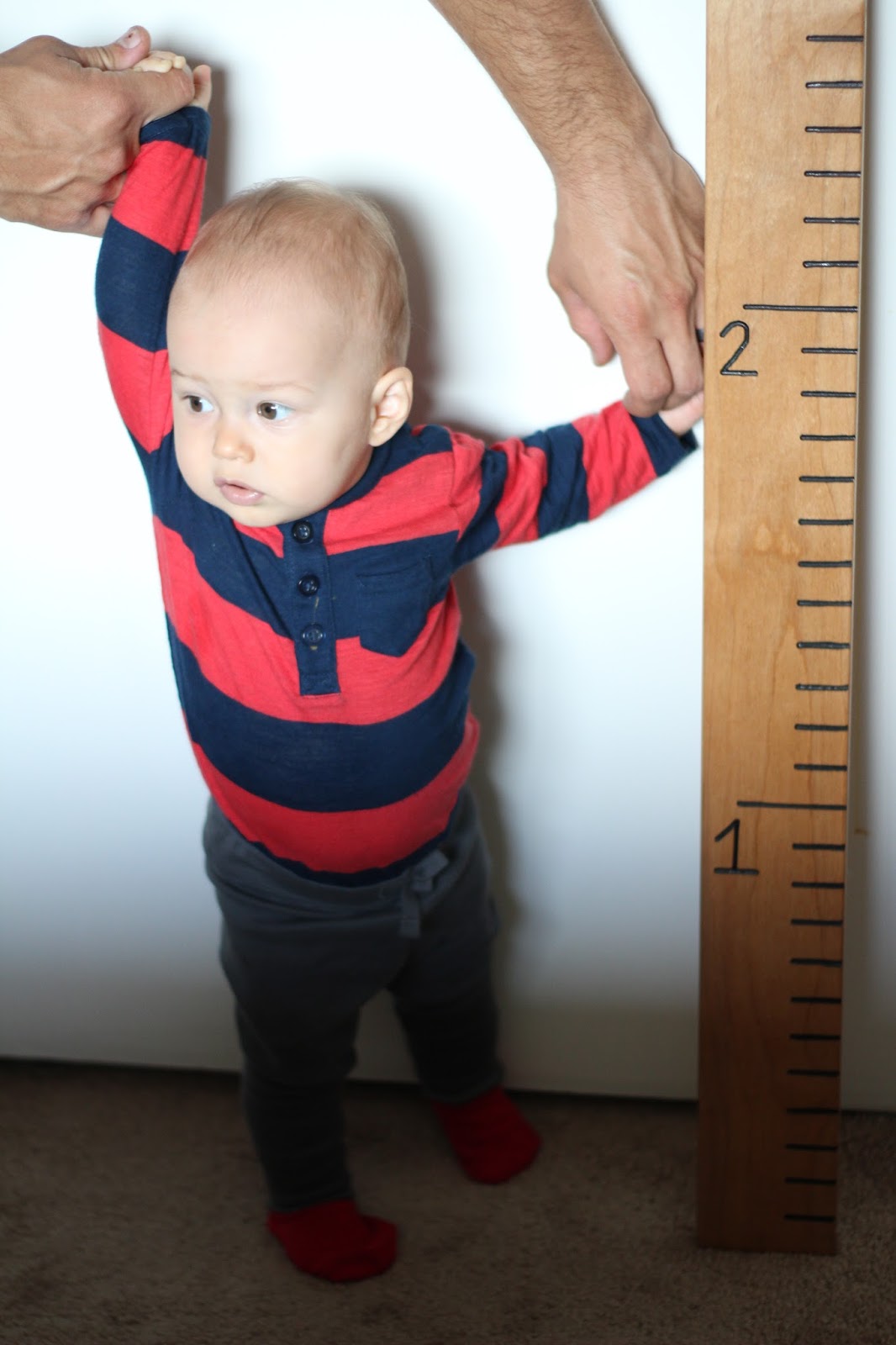