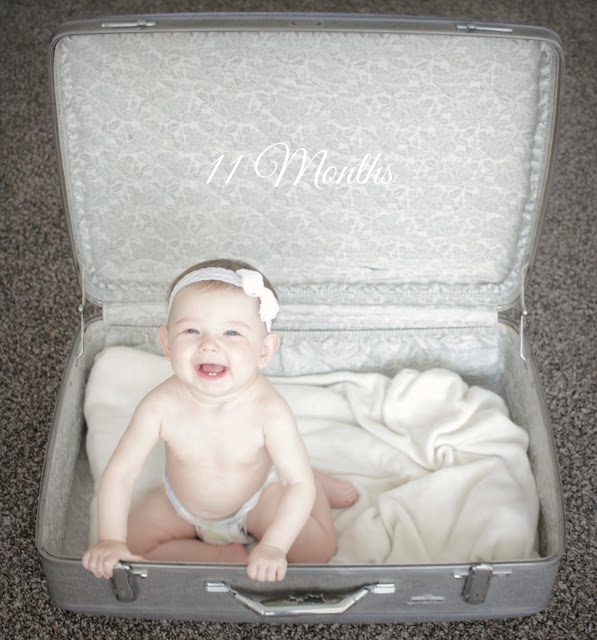 Weight: -- lbs
length: --
Clothing size: Some 6m and some 9m
Diaper size: 3
Teeth: 2
Hair : Medium/light brown now
Sitting: She sits on her own very good. She also knows how to lay down and sit back up on her own.
Crawling:  She has mastered crawling on her hands and knees, yay!! Also she has been doing the crab crawl at times. Instead of using her knees, she will actually straighten out her feet and walk on feet and hands for a little bit.
walking: not yet. Although she does pull herself up if she is next to the bed or couch (=
Talking: Yes. She can say "da" which means "yes" in Russian. anytime she says that Gabriel will say "no" and they go back and forth for a while. She also says either "papapapapa" or "bababababa"

Random things:  1 more month left. Although both David and I think Noelani is developing at a faster rate then Gabriel did at this age, she still seems like a such a baby to us! It's hard to believe she will be 1 soon. She is more emotionally sensitive then Gabriel was. When ever I tell her "no" she will look at me with a sad face and sometimes will start whimpering. It has taught me to use a gentler tone when telling her "no".
She has had a few small dry spots on her belly and back for about a month. this last month it spread and got worse )= It got really red at one point. We've switched her from goats milk to formula, cut out ALL diary, stopped giving her "our" food and now I just make her simple veggie soups and mostly formula. It still seems to not go away. We've tried switching out SO many different things and nothing seems to make it better. A few days ago I bought a cream specifically for eczema flare ups, and that seems to have helped a little. The rash isn't red anymore, but its still very dry.
Since we've cut out most regular foods from her diet due to the rash she has been waking up at night and I think its due to the veggies and formula being digested faster and her getting hungry faster. I've been giving her milk at least once during the night if she wakes up. I'm hoping she can go back to sleeping  through the night before baby #3 comes along.
Regarding "potty training". She has seemed to catch on that when I put her on the potty she can relax and go. It's really nice to have the option of putting her on the potty and letting her go so that she is less likely to go #2 in her diaper (= 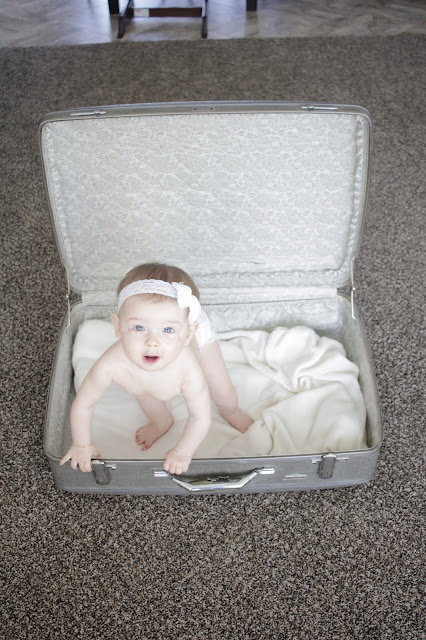 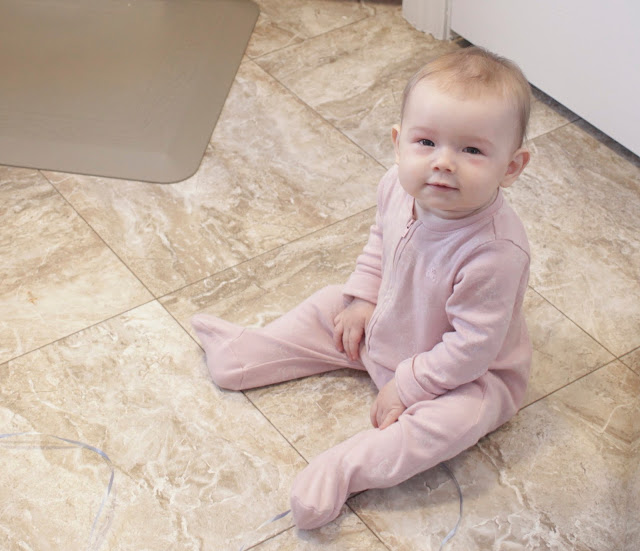 Until Gabriel comes along with some unwanted hugs 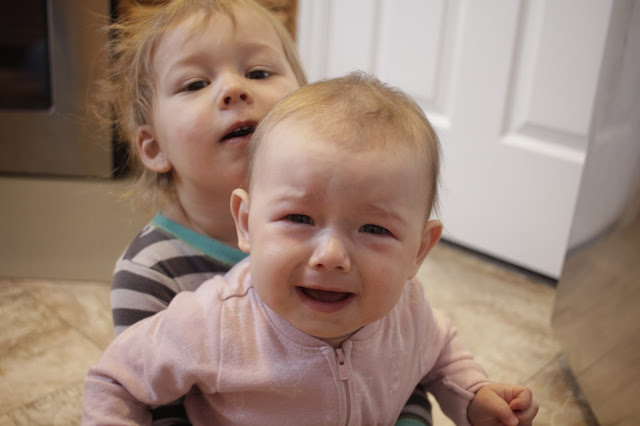 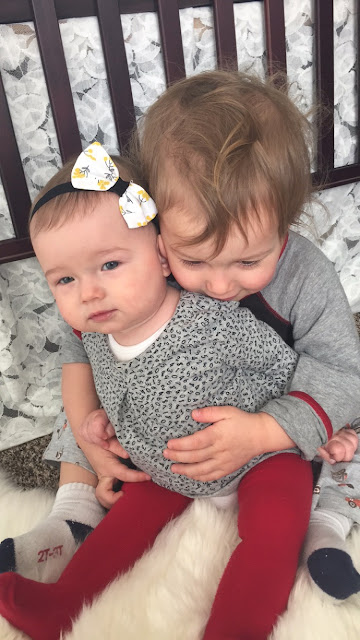 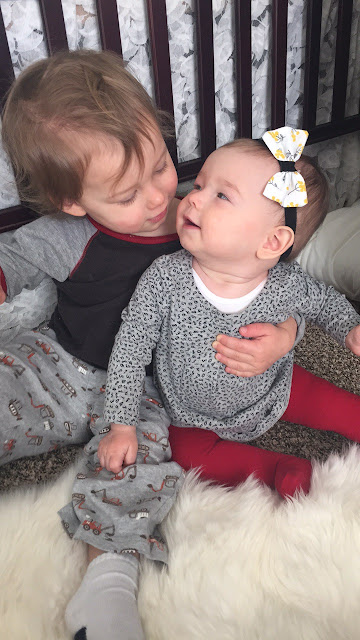 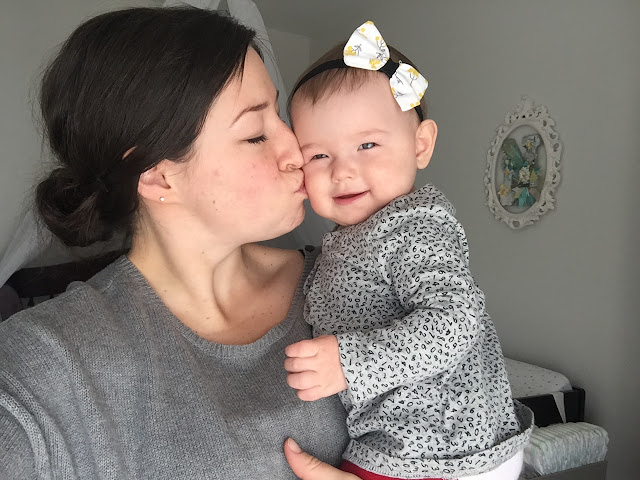 One of her other favorite places. Under her high chair (= she can "hang out" here for a while and be content 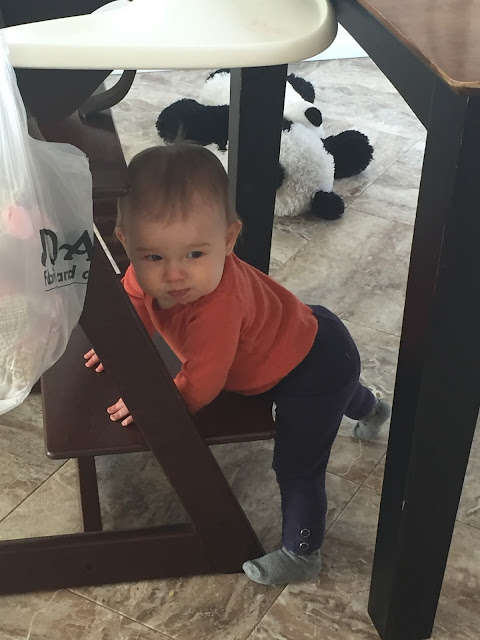 Not a fan of brushing her teeth 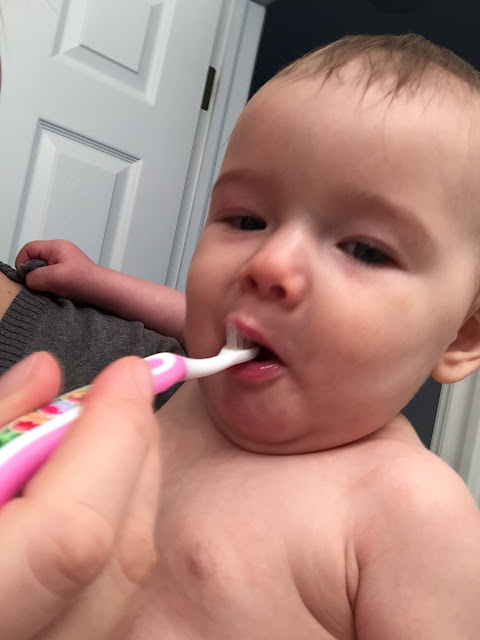 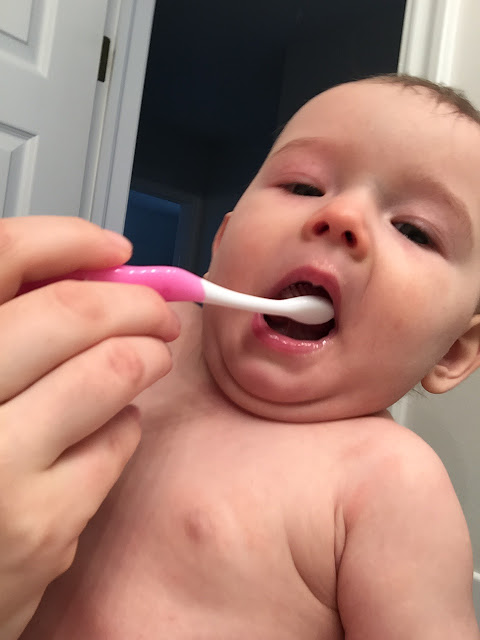 One of the days she wasn't feeling well and wanted to cuddle with mama. 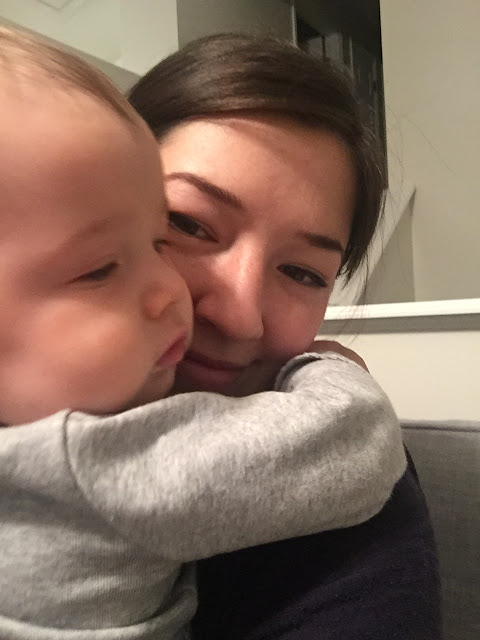 It's been so warm lately. We've been playing outside daily. 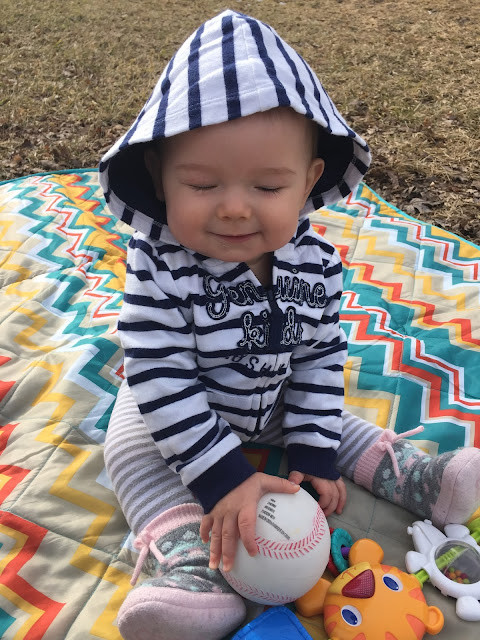 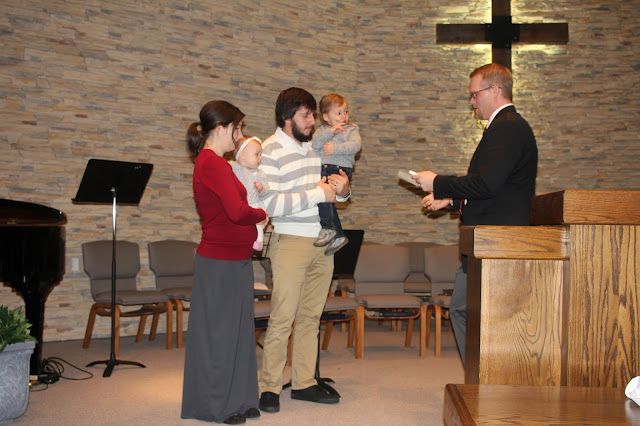 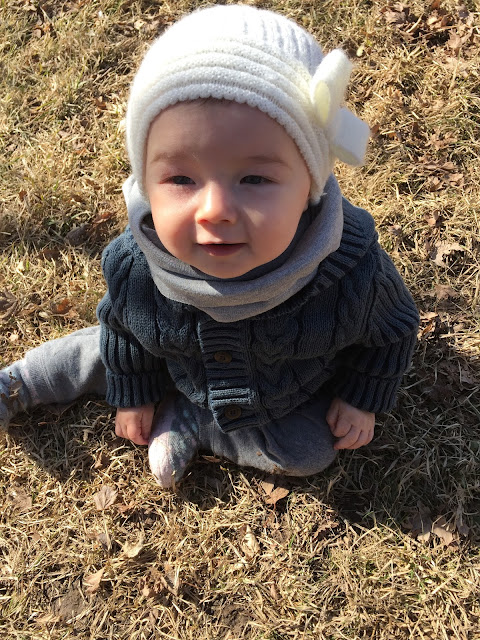 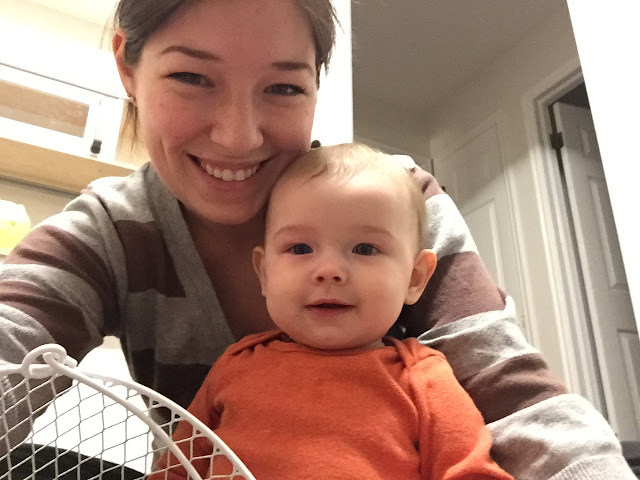 One of these kids was really excited about the car ride (= 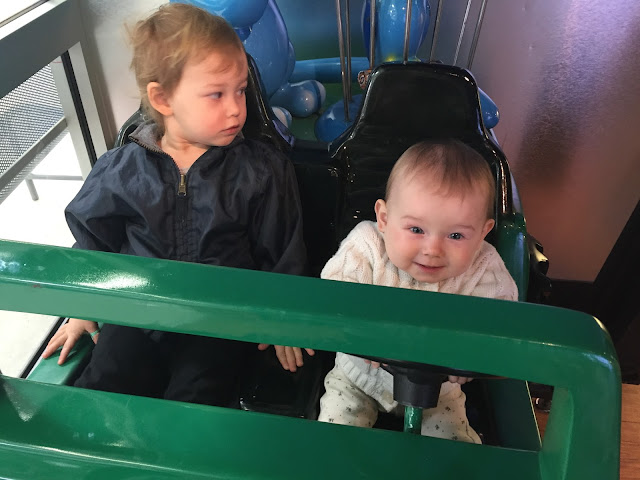 Oh the poses she does while drinking her bottle haha 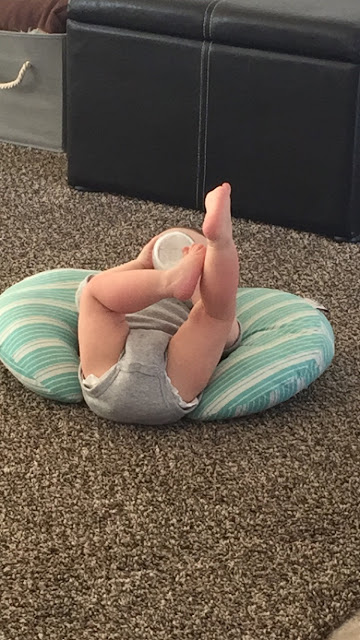 This is how our day starts out most of the time (= 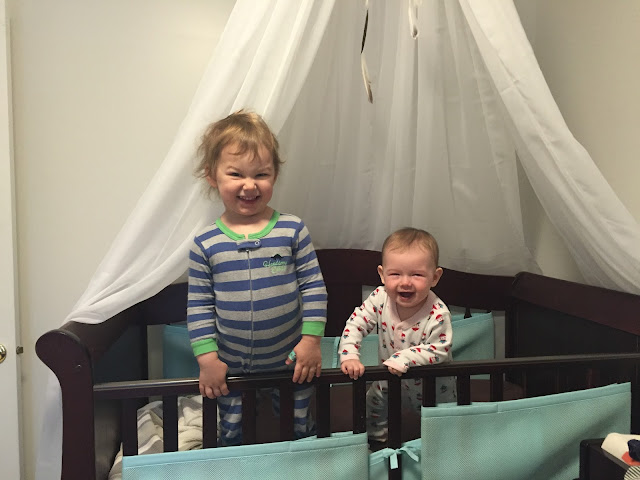